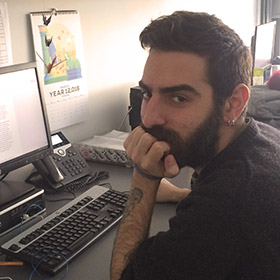 Recent political events of the past two years have allowed the contextualization of the term, Oxford Dictionary’s 2016 word of the year “post-truth”, under the discussion of stance of the intellectual and politics of scholarship. The apparent inadequacy of mass quantitative methods and positivist approaches, which predominantly materialize as polls attempting to forecast results of some of the most decretive elections and referendums of the current political scene, including Brexit, 2016 US Presidential Elections and 2017 Turkey Constitutional Referendum. Failure of polls and accusation of overwhelming use of post-truth politics by the Brexit remain front, US president Trump and Turkey president Erdogan, suggests an underlying difficulty understanding the narrative mechanisms of truth and the now controversial significance of an overarching and universal set of truths; perhaps even the notion of that said truth is in question. This paper contemplates a scholar’s stance in the face of the post-truth era to make sense of the current political situation through discussing the notion of truth and post-structuralist approach.

This paper investigates the position and nature of a newly forming musical movement in Turkish popular music scene, which I will call The Second New Music for reasons to be explained as well as convenience, through the work and critique of music of 20th century philosopher, sociologist and composer Theodor W. Adorno. The study will centralize around his extensive musical works mainly but not limited to Philosophy of Music originally published in 1949, then edited by Robert Hullot-Kentor and republished Polity Press in 2009 under the name Current of Music and Night Music: Essays on Music 1928-1962 originally published in 1964 and then republished by Seagull Books in 2009.

The terms popular music, serious and unserious music, standardization and individualization will be discussed under the socio-cultural context of modern, urban Turkey and The Second New Music. The bands included in the movement and the cultural background that binds them together will be argued as possibly valuable meaning through lyrical importance (and resemblance to the 1950’s Turkish poetry movement, The Second New) as opposed to the technical and musical lack of sophistication they may possess with respect to the “serious music” understanding and definition of Adorno. The meaning of musical language and function of music as a conveyor to critical meaning through language will be argued through Adorno’s philosophical propositions. Effects of individualization and possibility of personal choice will be asserted against the potency of cultural hegemony through explanation of newly formed social, cultural and technological circumstances around the musical sphere of the society. The meaning of Adorno’s definitions of popular music and mainstream will be remarked in terms of cultural significance and ciritical stance as opposed to standardized content and comodity nature of music. The importance of the individual and the current social state of the nature of freedom of choice will be approached and discussed with regards to Adorno’s pseudo-individualization.

How to approach collecting music on streaming services

Consumption, collection and curation activities on streaming music services are a relatively
new phenomenon that has not yet been offered an abundance of ways to be approached. This
paper addresses the information nature of a song and the collection and curation practices on
a streaming platform to propose a methodological approach at the intersection of personal
information management (PIM) and collection studies. By discussing the state of ownership
and experience on streaming, this methodological approach uses the concept of mediality to
redefine the collectable as information and decentralises it by putting the emphasis on the act
of collecting. By viewing streaming songs as collectable information objects and focusing on
the interaction and experience a listener has with the songs and the environment of the songs,
an outline of how a streaming music collection can be studied is provided. The concepts of
bookmark for the streaming song and address book for the personal streaming playlist are
proposed to study streaming music consumption, collection and curation at the intersection of
PIM and collection studies.