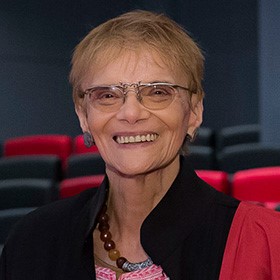 Born in Berlin, Germany, in 1941, Suraiya Faroqhi graduated from Hamburg University (1959-62, 1963-67), İstanbul University (1962-63) and Indiana University Bloomington, Indiana (1968-70). After teaching at Middle East Technical University between 1971-87, she worked as a faculty member of Ludwig-Maximilians-Universität Munich, between 1988 and 2007. She joined the History Department of İstanbul Bilgi University in 2007.

Faroqhi’s major books include Der Bektaschi-Orden in Anatolien; Towns and Townsmen of Ottoman Anatolia, Trade, Crafts and Food Production in an Urban Setting; Men of Modest Substance, House Owners and House Property in Seventeenth Century Ankara and Kayseri; Pilgrims and Sultans, The Hajj under the Ottomans 1517-1683; Kultur und Alltag in Osmanischen Reich, vom Mittelalter bis zum Anfang des 20. Jahrhunderts; Approaching Ottoman History: an Introduction to the Sources; The Ottoman Empire and the World Around it, 1540s to 1774; Artisans of Empire: Crafts and Craftspeople under the Ottomans; and A Cultural History of the Ottomans: The imperial Elite and its Artefacts, which is currently being prepared for publication in Turkish; In addition to a large number of academic papers, she also contributed to the four-volume The Cambridge History of Turkey together with Kate Fleet and Reşat Kasaba.Living the Good Life: Consumption in the Qing and Ottoman Empires of the Eighteenth Century 2017, which was co-authored with Elif Akçetin, will be published in the fall of 2017.

Faroqhi is an honorary member of Boğaziçi University, the Science Academy, Turkish History Association and the Middle East Studies Association (MESA). In 2014, she was awarded the WOCMES Honorary Award for her contributions to Middle East studies.