Algorithms in Film, Television and Sound Cultures: New Ways of Knowing and Storytelling 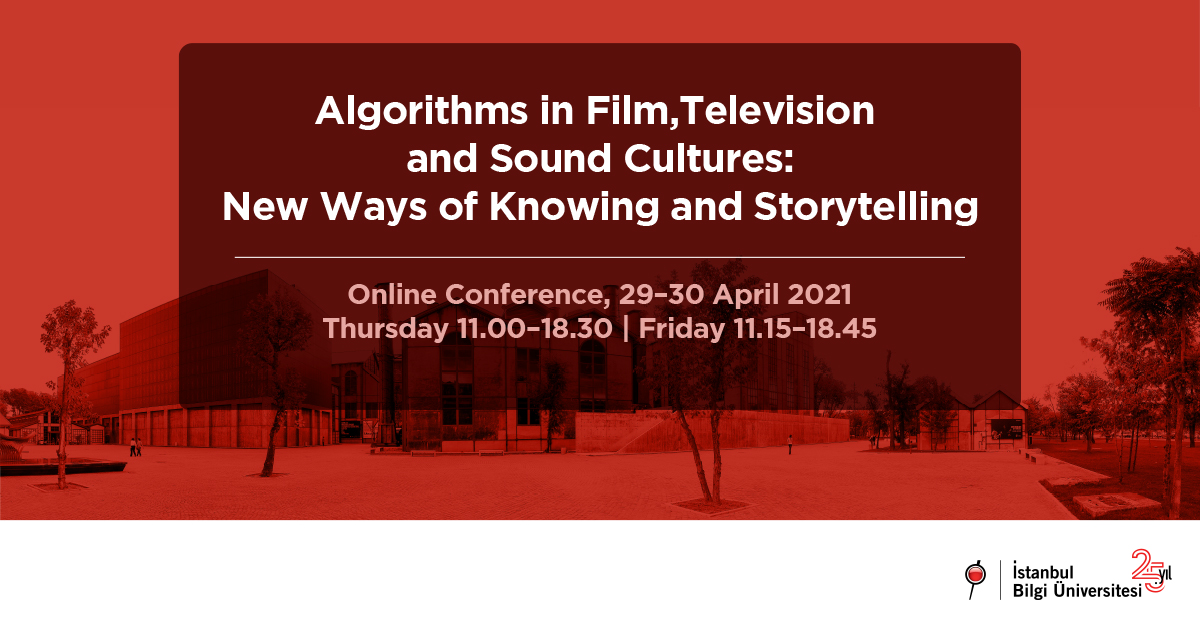 Contemporary visual and sound cultures which increasingly rely on algorithmic analytics raise important questions on subjectivity and creativity in our ways of seeing and hearing, the ethics of the visual and the aural, the quantified self, the aesthetics and the provenance of the image. The use of algorithmic analytics to create media content, including films, series, trailers and teasers have proliferated with the advent of networking and digital streaming platforms. Digital data sets have become commodities in the global media industry. The knowledge obtained from digital data sustains the flow of knowledge on the users’ choices, governing production and consumption processes. Although algorithmic data appears to be computationally generated, it is bound with actors, networks, businesses and their ways of thinking and imagining the world. A line of research focuses on how the algorithmic calculation of taste data in film, sound and television have transformed and possibly subverted the mediums. Hence, algorithms are objects of critical cultural and political analyses. “Algorithms in Film, Television and Sound Cultures” conference  examines new ways of knowing and storytelling in film, sound and television that are in connection with algorithms in digital visual spaces.