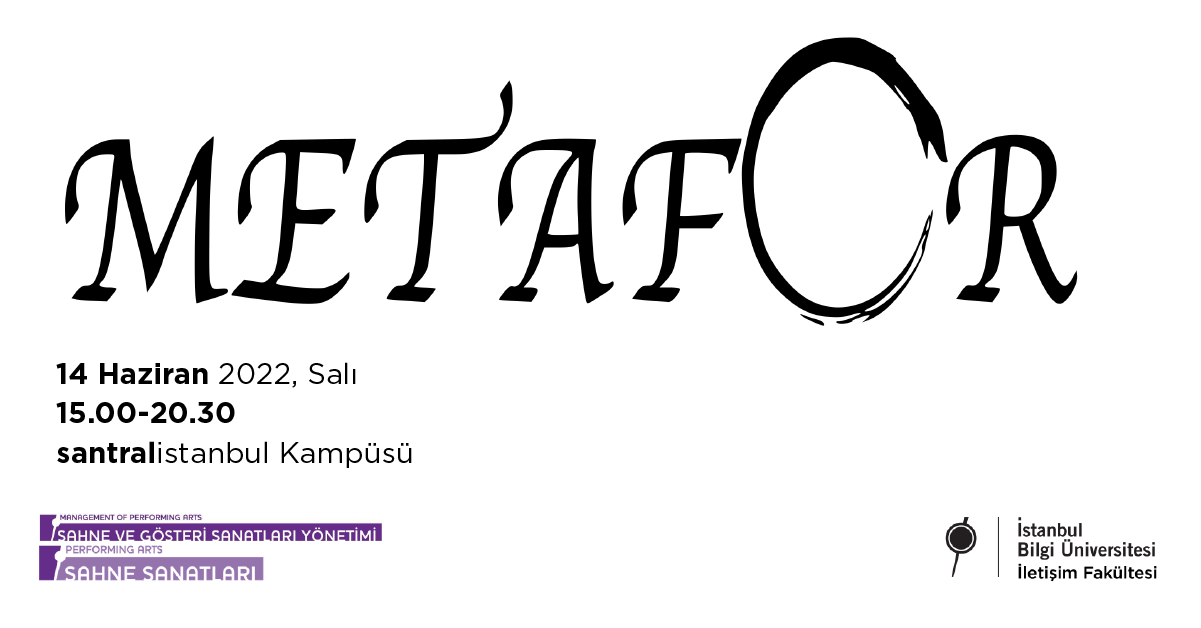 The METAFOR Festival, which was organized for the first time in 2015 as the final project of Directing and Production Course MAP 314 taught by Fulya Peker in İstanbul Bilgi University Faculty of Communication Management of Performing Arts Program, meets with the audience on santralistanbul Campus with its eight edition.

The students taking part in the creation process of the performances included in the festival pursue the questions that they pose regarding the meeting of form with style and poetry with performance on the basis of the poems by the poets of İkinci Yeni (The Second New) that they find relevant for their own issues. The students who work as directors, designers, and actors of each other’s performances use only the waste materials that they find on the streets by adopting the principle of making things out of nothing while designing their performances with peripatetic and site-specific staging methods.

You are also invited to METAFORUM, a conversation that will take place after the performances with the participation of the students from MAP 314 and the audience with the moderation of Fulya Peker and Atanur Memiş to share the experiences during this process.

Place: The festival performances will take place in 23 different outdoor places on santralistanbul Campus. You can access the information about the performance places and other details through festival’s social media accounts.

Can we learn what we learn alone when we are not alone?

We can determine uncertainty if we can manage perfectionism.

Knowing that you are listened to appeases the weariness of working.

Returning to the beginning again and again while struggling with obstacles…

Living beings should not be made to defend themselves.

How could one become convinced that the fictional is not real?

Refusing to be a part of abuse…

Expressing one’s boundaries should not be destructive for relationships.

Why do people do wrong on purpose?

Examining death too much and its effects…

Beginning to make plans from the end…

Everyone is the same now!

How can one reach transcendence in daily life?

Violence against women cannot be justified.

If there is no self-respect, then hypocrisy becomes normalized.

Telling how the undeciphered cannot be deciphered…

Places that can be described as ‘home’…

What really matters is discovering a ‘method.’

The conflict that requires constant struggle between me and other

Does expressing oneself clearly prevent being compatible?