Students of BİLGİ Industrial Design at the 22nd Milano Triennial 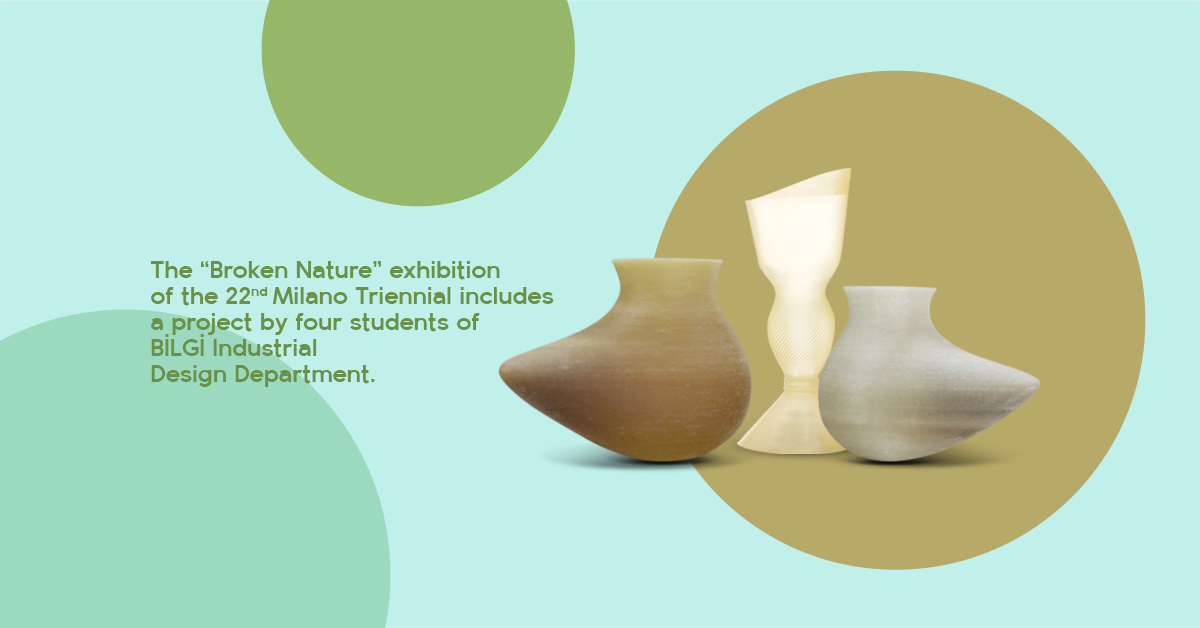 The 22nd Milano Triennial’s “Broken Nature” exhibition, curated by Paolo Antonelli of the MoMA, is going to host a project for creating 3D-printed objects made of seaweed, developed jointly by İstanbul Bilgi University, Atelier Luma and İstanbul Design Biennial. The exhibition will be open to visitors between 1 March-1 September 2019.

Although sometimes regarded as invasive species, seaweeds have become crucial for our ability to deal with climate change. Rapid algae growth in lakes and oceans around the world is being caused by high temperatures or excessive nutrients. Seaweeds convert substantial amounts of carbondioxide into oxygen, and are also a promising source of food since they grow thirteen times faster than traditional crops. Biomaterials and biofuels based on seaweeds also offer the potential to reduce the impact of water pollution and plastic pollution.

The Seaweed Laboratory of Atelier Luma combines the principles of design and biology to study the current status of seaweed species and potential methods to locally grow micro and macro seaweeds and produce seaweed-based biopolymers that can replace oil-based plastics. Visitors to the exhibition will see 3D-printed cutlery prototypes made of biopolymers at workshops organized in Arles (France), Cairo and Istanbul. The designs are inspired by the unique cultural heritages of these three cities, and combine the traditional with the modern, and craftsmanship with the digital arts, emphasizing the importance of abandoning our existing assumptions about the value of materials and the environment.