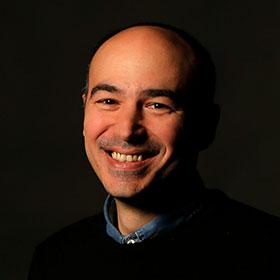 Can Altay is an artist and Professor in the Faculty of Architecture at İstanbul Bilgi University. He investigates the functions, meaning, organisation and reconfigurations of public space. His ‘settings’ provide critical reflection on urban phenomena and artistic activity. His work traverses sculpture, photography and installation, and is staged and manifested through the spaces, exhibitions and publications he produces.
Altay has had solo exhibitions at Arcade, London (2015, 2012), Casco, Utrecht (2011), The Showroom, London (2010), Kunstlerhaus Bethanien, Berlin (2008), Sala Rekalde, Bilbao (2006) and Spike Island, Bristol (2007). His work has been included in Biennials of Istanbul, Havana, Busan, Gwangju, Marrakech, Taipei, Thessaloniki; and presented in museums and galleries such as the Walker Art Center (Minneapolis), VanAbbe Museum (Eindhoven), ZKM (Karlsruhe), Artists Space (New York), and SALT (Istanbul). His public projects include: "Inner Space Station" (NewYork, 2013); "Distributed" (London, 2012); “The Church Street Partners’ Gazette” (London, 2010-13) and "PARK: bir ihtimal" (Istanbul, 2010).
Altay is the editor of Ahali: an anthology for setting a setting, 2013 published by Architectural Association Publications, London. His work has been published in periodicals such as Frieze, AD (Architectural Design), Journal of Architectural Education, and Sanat Dunyamiz.
Altay holds a PhD in Art, Design and Architecture from Bilkent University, Ankara. He studied Critical Studies at the Malmo Art Academy and Lund University, and Interior Architecture and Environmental Design (BFA and MFA) at Bilkent University.

Altay, C. "Transgression in and of the city" in AD (Architectural Design) No.226 The Architecture of Transgression. London: Wiley, 2013

Such Claims on Territory, 2015