HISTORY TALKS: History and the Struggle for Distinction 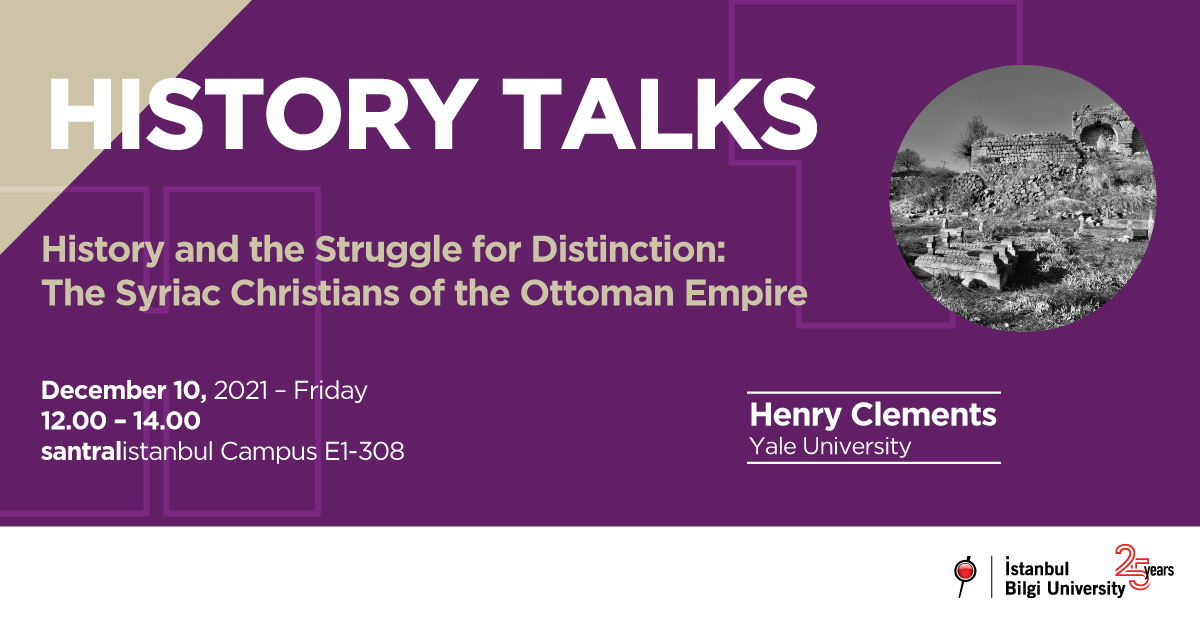 History and the Struggle for Distinction: The Syriac Christians of the Ottoman Empire

Historians since the postcolonial turn have taken the retrieval of marginalized histories as a central element in the ethical project of disciplinary diversification. Minoritized and subaltern communities themselves, meanwhile, have relied on acts of historical recovery in the effort to achieve political recognition in multicultural systems of governance. Yet the notion that such groups have histories to be recovered—and the injunction that they conceive of their identities in specifically historical terms—is a recent historical development, one that has been implicated less in the emancipation of marginalized subjects than in their subordination to the governmental structures of secular modernity.

My dissertation demonstrates this to be the case through an account of the rise of historicism in the Ottoman Empire. I treat historicism not as an intellectual achievement of modernity with liberatory potential for the world’s marginalized classes but as a regime of authority and discipline that emerged in complex relation to colonialism, modern state governance, and Orientalism. Attending to the experience of a marginal religious community on the fringes of the modernizing Ottoman Empire, I illustrate how the rise of historicism—associated with new concepts like “nation,” “race,” and “ethnicity”—reconfigured an Ottoman world of stratified religious difference along secular historical lines. The Syriac Christians, a religious community indigenous to present-day Iraq, Syria, and Turkey, encountered the modern concept of history in their interactions with Ottoman governors, foreign missionaries, and Orientalists, all of whom endorsed a secular historicism in the nineteenth century, though toward different ends. This marginal religious community emerged out of the crucible of the nineteenth century as a historical community (to some a “nation,” to others an “ethnicity,” to still others a historical “sect”) poised for a kind of recognition they had never before been afforded, yet also as a “minority” vulnerable to majoritarian suspicion and violence.