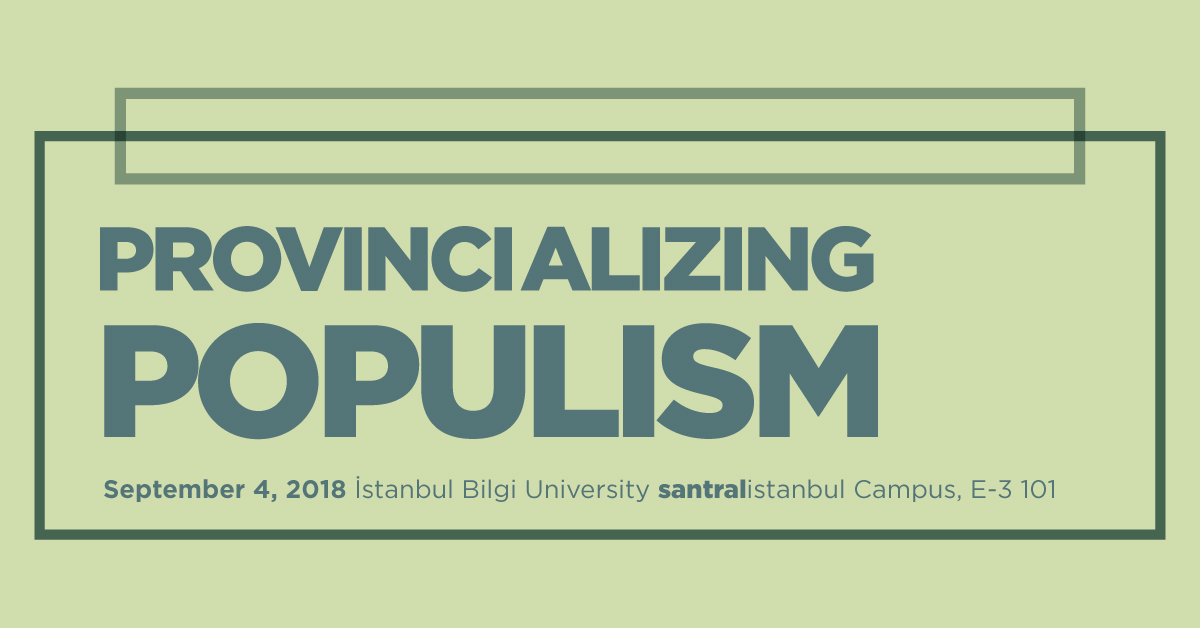 The conference is organized by İstanbul Bilgi University Department of International Relations.

Cemil Boyraz (İstanbul Bilgi University, Department of International Relations)
Political-Economic Sources of the Rise of the Populism in Turkey

Cristóbal Rovira Kaltwasser (PhD, Humboldt University of Berlin) is a professor of political science at Diego Portales University in Santiago de Chile. Before joining Diego Portales University, he was a Marie-Curie Research Fellow at the University of Sussex in the UK and a Postdoctoral Fellow at the Social Science Research Center Berlin (WZB) in Germany. He has written together with Cas Mudde, Populism: A Very Short Introduction, (Oxford University Press, 2017), and he is one the editors of The Oxford Handbook of Populism (Oxford University Press, 2017). His research on populism has been published in the journals Comparative Political Studies, Democratization, Party Politics and Political Studies, among others.

Emilia Palonen teaches politics at the University of Helsinki and engages on populism and democracy at the Academy of Finland funded consortium Mainstreaming Populism in the 21st Century. She has authored articles and book chapters on Hungary and Europe, politics of memory and discourse analysis, and edited volumes on populism such as the e-volume Populism on the Loose (2018). In the past, she has held fellowships at Institute for Human Sciences (IWM) in Vienna, Collegium Budapest, Humboldt University in Berlin. After her MA and PhD in Ideology and Discourse Analysis (Essex) she did a postdoctoral fellowship with the late Ernesto Laclau. She has a BA in Contemporary East European Studies (London) and as an expert on Hungarian politics, she has recently published on populism, nationalism and illiberalism at Journal of Contemporary European Studies: Performing the nation: the Janus-faced populist foundations of illiberalism in Hungary is available open access 10.1080/14782804.2018.1498776. Palonen engages on platinum open access for academic journals and launched op-ed publication for the Finnish Political Science Association that she currently chairs.