History Talks: “Armenian Merchants of India: Hopes for a Modern Nation-State in the 18th century” 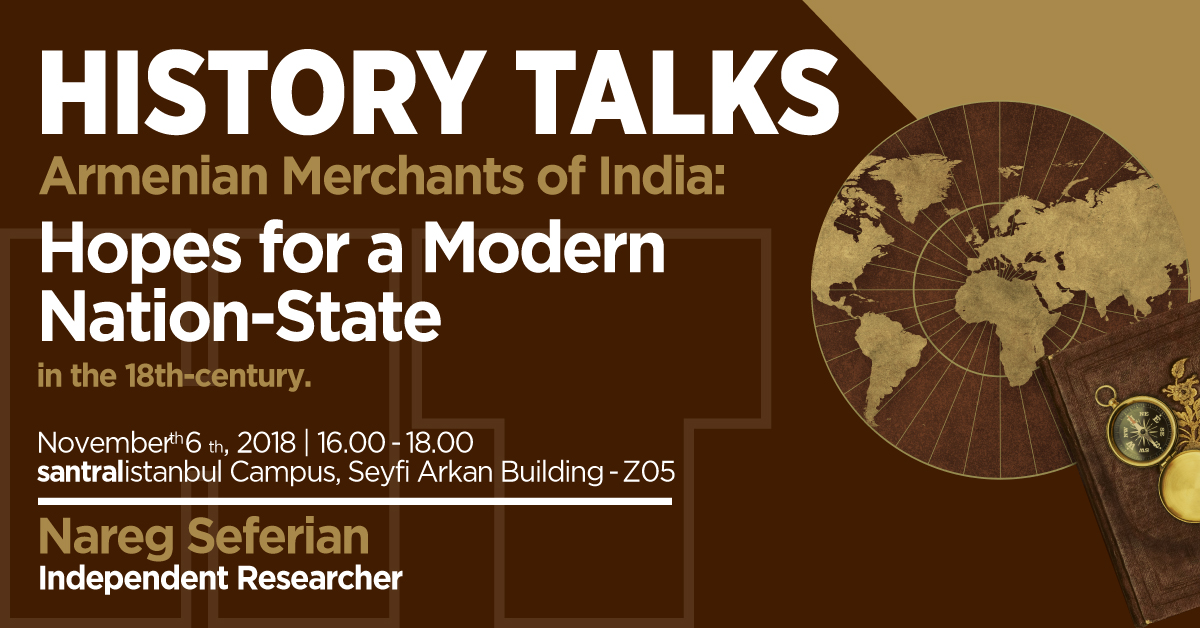 The community of Armenian merchants from India that formed in the southern port city of Madras (Chennai) in the late 18th century bore a stereotypical Oriental heritage while being exposed to the new thinking of freedom, equality, and statehood arising from the European colonial powers at that time. Through the use of the technology of printing, the Madras Group, as they came to be called, tried to spread these Enlightenment ideas throughout the Armenian Diaspora in the East and the West, sowing the seeds of modern Armenian nationalism. (The talk will also feature a brief introduction and information on the American Board of Commissioners for Foreign Missions, in the archives of which the speakers is currently engaged in cataloguing work.)