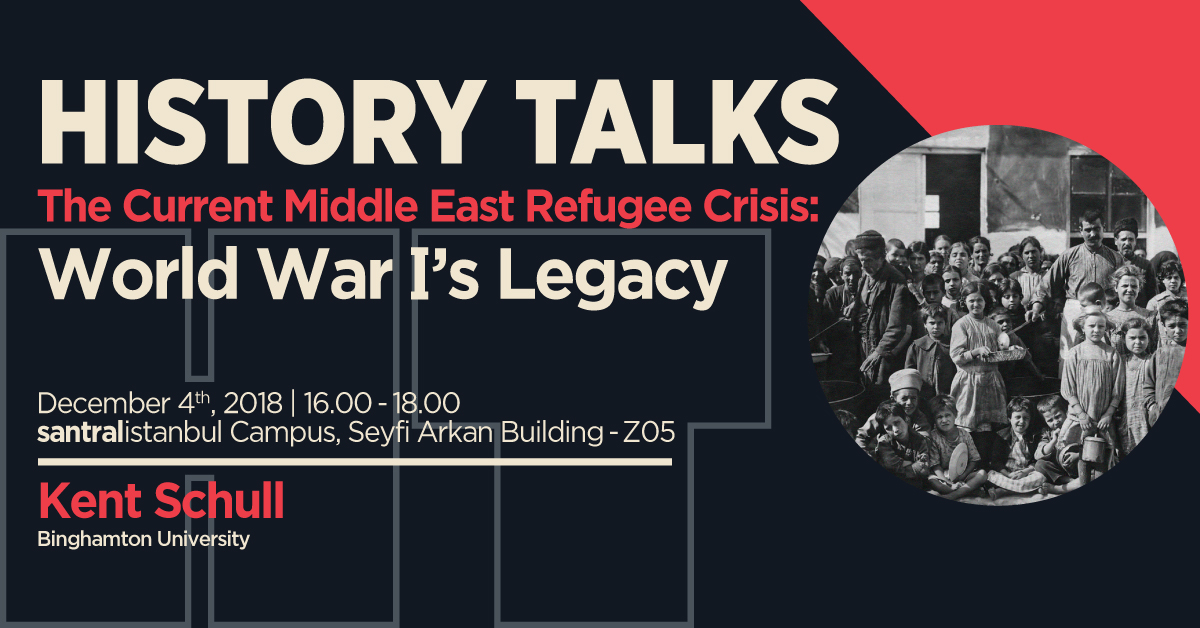 Currently there are over 20 million forcibly displaced persons (refugees and internally displaced persons/IDPs) throughout the Middle East and North Africa.  This is just a part of over 65 million forcibly displaced persons worldwide representing the greatest global refugee crisis since World War II.  I argue that the current MENA refugee and IDP crisis is the net result of an ongoing combination of Western Imperialism and Interventionism, Geo-Political and Regional Rivalries, Nativist Nationalisms that wed access to power based with ethno-religious identity, Nation-state Construction, and the Integration and Peripheralization of the MENA into the Global Capitalist Economy.  WWI and its immediate aftermath entrenched this toxic cocktail in the Middle East and North Africa causing a systemic continuum of displacement and dispossession in the MENA culminating with the current crisis. This talk provides an overview of this process citing specific examples to illustrate its development and consequences over the course of the 20th century.

The seminar will be given in English.