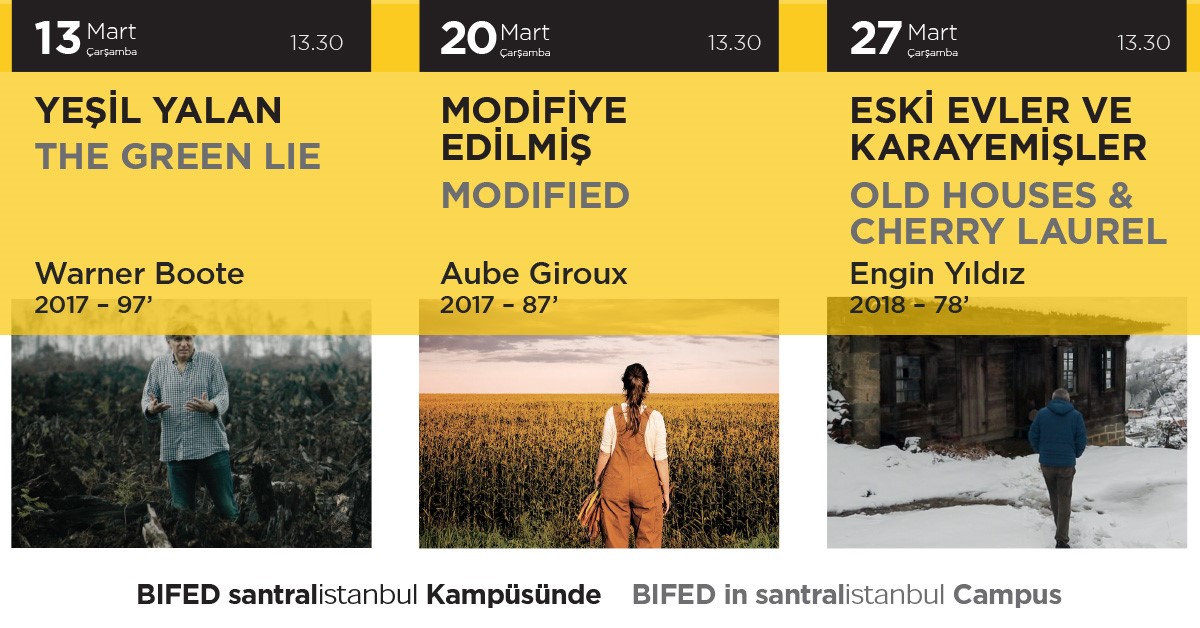 The screening of Bozcaada International Festival of Ecological Documentary (BIFED) is organized by the cooperation of İstanbul Bilgi University Faculty of Communication Department of Media.

This documentary questions the sustainable marketing images big global players made up in the last years to get back trust from the rising crowd of skeptical customers. The two protagonists of the film interviews with company speakers, philosophers and with those fighting for a better and eco-friendly world.

The film’s story is anchored in the filmmaker’s relationship to her mother, a prolific gardener, seed saver, and food activist who battled cancer while the film’s production was underway. Interweaving the personal and the political, the mother-daughter investigative journey debunks the myth that GMOs are needed to feed the world, making a strong case for a more transparent and sustainable food system.

The documentary follows the Eastern Black Sea route and presents old houses and cherry laurel together. The film proceeds in accordance with the seasons and reveals old houses and cherry laurels surrounding them together with the colorful landscpaes of Black Sea region, its people, languages, and traditions. These “harmonic pictures” that gradually disappear form the leitmotif of the documentary.