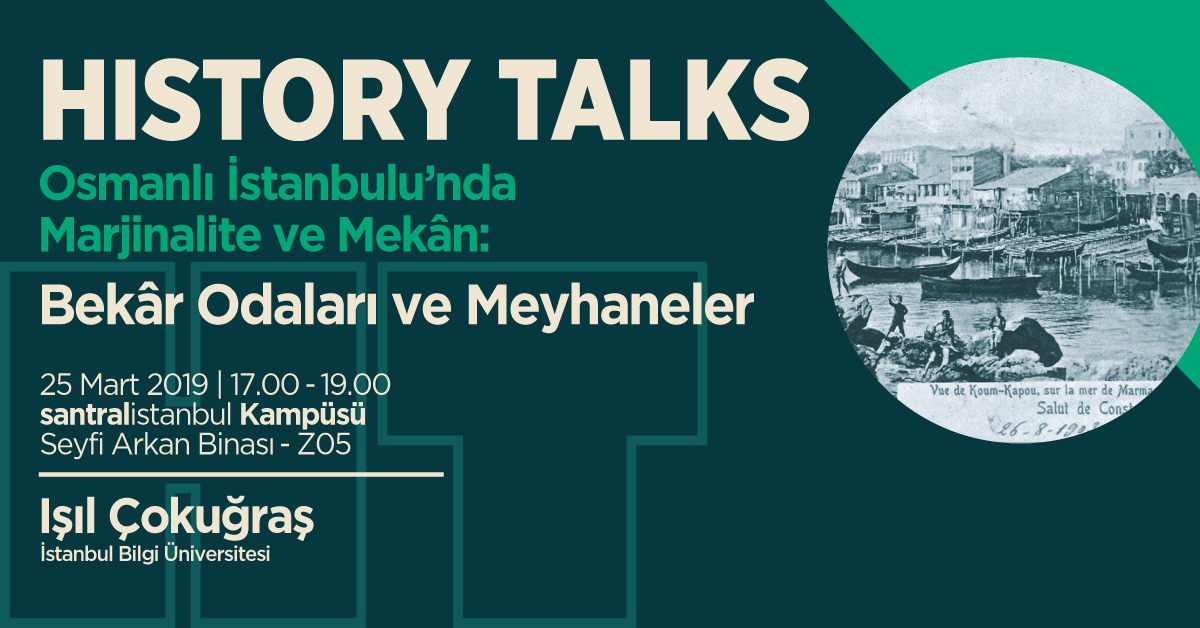 Bachelor rooms and taverns of Istanbul in late 18th-early 19th century will be discussed in regard of their relation with the authorities and society along with their topographical distributions. Especially the second half of the 18th century was when the coexistence of various social groups at a certain space dislocated the borders of legitimacy and the conflicts in urban space were intensified. During this period, bachelor rooms and taverns were depicted with immorality and crime and were regarded as sources of marginality. The authorities expressed their anxiety towards public space through establishing a continuous surveillance and threat of closing down these spaces. Thus, the period might be considered as an interval when an early modern metropolis incorporating various diversities was disciplined.

Işıl Çokuğraş:
Işıl Çokuğraş received her B. Arch in architecture (2005) and M.Sc. (2008) in architectural design from Istanbul Technical University, Faculty of Architecture. She earned her PhD degree in history and theory of architecture from Yıldız Technical University (2013). During her PhD studies, she participated in doctoral support program of Central European University in 2013. Currently works as an associate professor in İstanbul Bilgi University, Faculty of Architecture. Her major research interests include urban history, late Ottoman and Republican period architecture, modernization, public space and women architects. Her book entitled “Bachelor Rooms and Taverns: Marginality and Space in Ottoman Istanbul (1789-1839) was published in 2016. She has participated in several international conferences and published papers on public space, urban studies, architectural history and women architects.