Shifting Power Dynamics in the Middle East: Prospects for Democracy and Pluralism 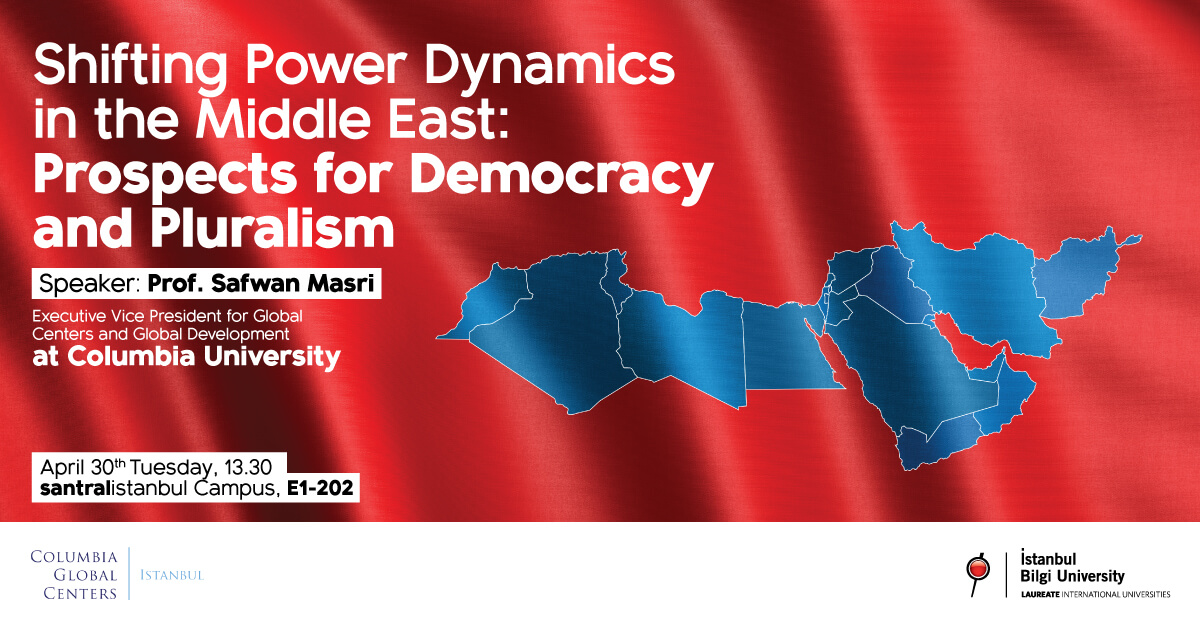 The conference is organized by İstanbul Bilgi University Department of International Relations in collaboration with the Columbia Global Centers Istanbul.

Events of the so-called “Arab Spring” appeared to challenge long-held convictions that the Middle East and North Africa region was immune to democratization. Elections in Tunisia and Egypt, electoral reform in Jordan and Morocco, and Libya’s perceived democratic transition left observers optimistic that pluralism and democracy were within reach for millions across the region. Such hopes have been crushed, however, as Egypt is back in the throes of a military dictatorship that is more oppressive than Mubarak’s; Libya, Syria, and Yemen are entangled in protracted civil wars; and reforms in the Arab Spring’s peripheral countries have proven to be superficial, at best. Excitement over the recent removal from power of Omar Al Bashir in Sudan and Algeria’s Abdelaziz Bouteflika has been tempered by the resilience of ancien regimes and the domination over state affairs by the countries’ respective armies. Only Tunisia serves as a success story and a source of hope and inspiration. In the meantime, Riyadh, Abu Dhabi, and Doha, emboldened by petrodollars, have replaced historic centers of gravity in Cairo, Damascus, and Baghdad, and have competed for influence throughout the region.

In this talk, Professor Safwan Masri will discuss recent regional events, prospects for democratic and pluralistic societies in the region, and how regional and global actors are vying to fill a leadership void.


Prof. Safwan Masri:
Safwan M. Masri is Executive Vice President for Global Centers and Global Development at Columbia University, and a Senior Research Scholar at Columbia’s School of International and Public Affairs (SIPA). A scholar on education and contemporary geopolitics and society in the Arab world, his work focuses on understanding the historic, postcolonial dynamics among religion, education, society, and politics. He is the author of Tunisia: An Arab Anomaly (Columbia University Press, 2017), which examines why Tunisia was the only country to emerge from the Arab Spring as a democracy. The book has received positive coverage in a number of media outlets, including the Financial Times, Le Monde, Foreign Policy, Foreign Affairs, and the Journal of Democracy. His writings on education and current affairs have been featured in the Financial Times, Huffington Post, The Hill, and Times Higher Education. He is an honorary fellow of the Foreign Policy Association and a member of the International Advisory Council of the World Congress for Middle Eastern Studies (WOCMES).