Supervisor Incivility as an Identity Threat: The Moderating Role of Individual Honor Orientation 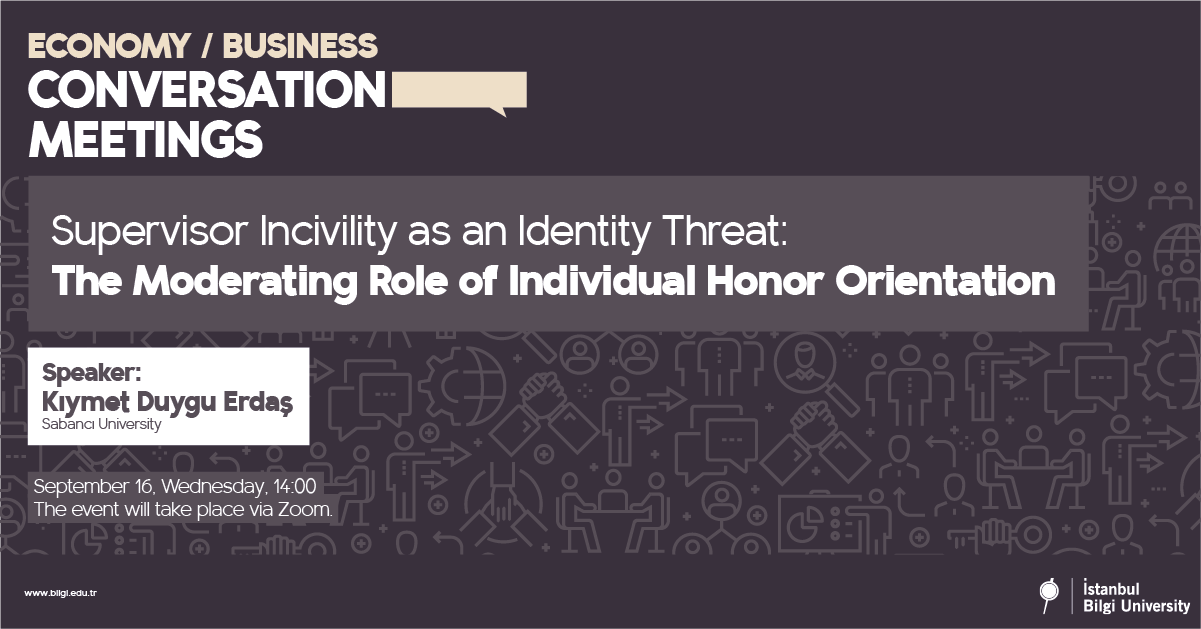 The majority of research on workplace incivility has been conducted in the North American context, which is described as a dignity culture. In dignity cultures, individuals believe that they have an inherent worth that is determined by their adherence to their own standards of morality, decency and the like and therefore, cannot be decreased by others’ opinions of or behaviors towards them. However, one may expect that the effect of workplace incivility will be different in honor cultures, where an individual’s worth is highly contingent on others’ approval and

evaluation. This daily diary study investigated the effect of supervisor incivility on basic needs (i.e. belongingness and self-esteem) and self-presentational behaviors of employees within an honor culture. The data was collected from 132 employees over a period of two-weeks and analyzed through multilevel modelling. The results indicated that daily supervisor incivility threatened daily belongingness and self-esteem needs of employees. Moreover, these negative effects became more pronounced for individuals with high honor orientation. Needs threats, in turn, differentially mediated the effects of workplace incivility on self-presentational

behaviors. Honor orientation acted as a first-stage moderator, increased the strength of these indirect effects.