‘The Best Team Award’ to BİLGİ Department of Business students 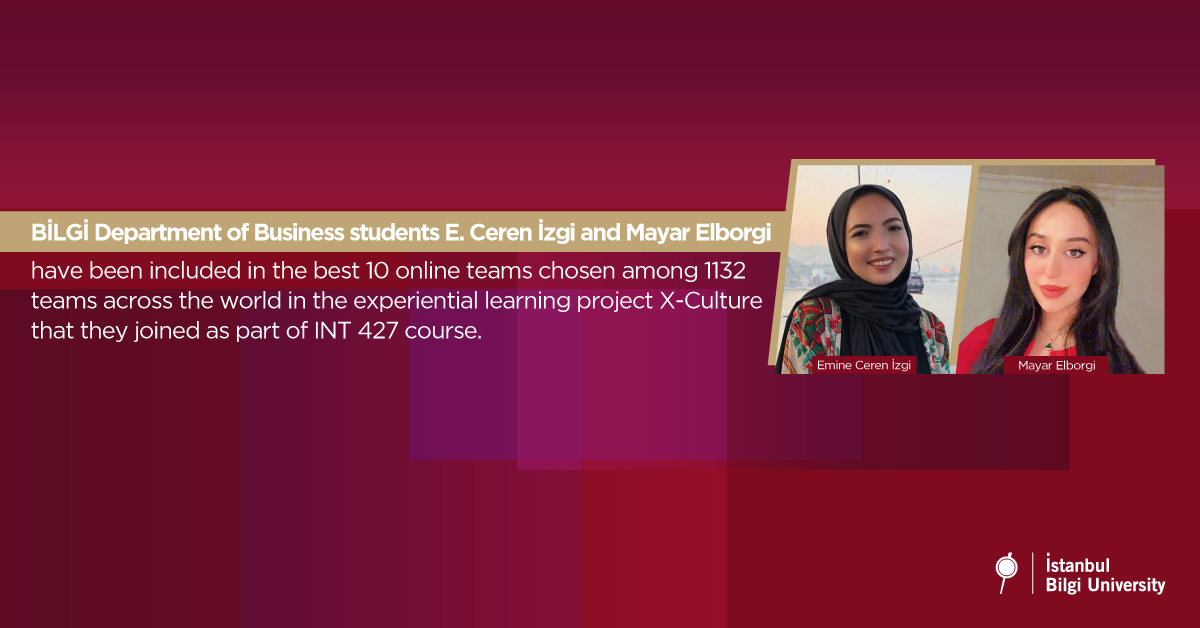 BİLGİ Department of Business students E. Ceren İzgi and Mayar Elborgi have been included in the best 10 online teams chosen among 1132 teams across the world in the experiential learning project X-Culture that they joined as part of INT 427 course.

A total of 6288 students from 171 universities that provided education in 47 countries joined the two-month competition. Teams consisting of six people, each of whom came from a different country, were formed. These teams came up with foreign market penetration strategy for real firms that were part of the competition and presented their reports.

The reports were assessed by a team of 136 people comprised of business professors and coaches from 47 countries. In the assessment process, criteria such as the creativity, clarity, and viability of the idea were considered. After 63 teams were chosen in the first phase, the best 10 teams were selected by the Award Committee.

BİLGİ Department of Business students E. Ceren İzgi and Mayar Alborgi, who were in the 10 best teams, received a winner certificate and a recommendation letter.