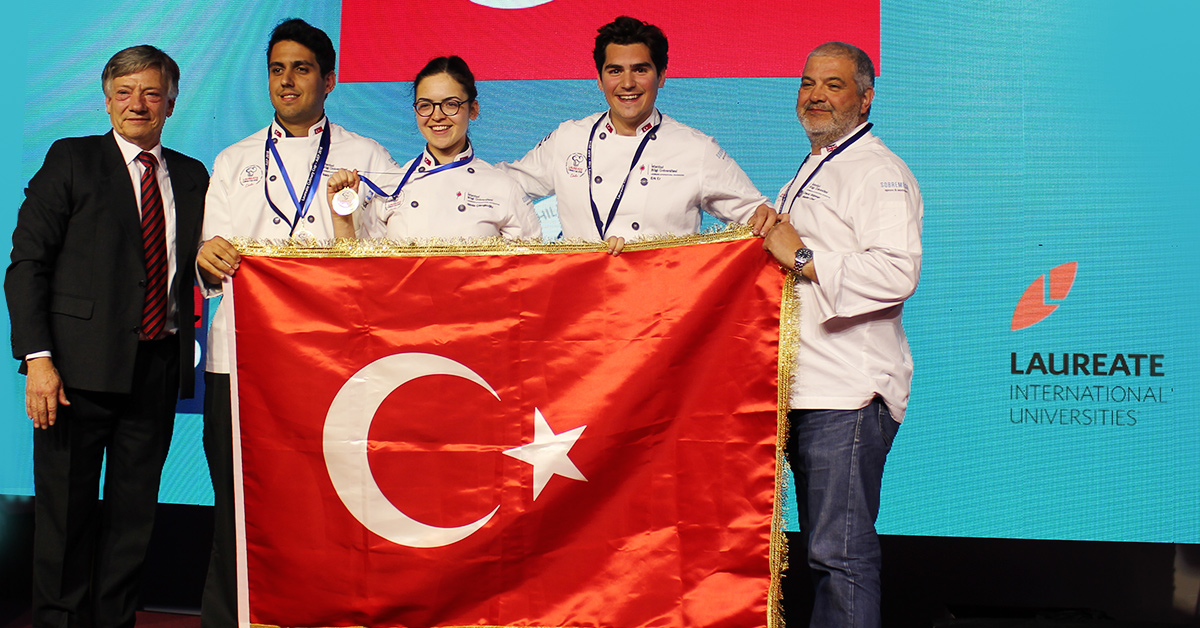 Being participated by all gastronomy schools included in the Laureate University Network, Laureate Culinary Cup is held every two years and subjects all schools to a preliminary screening procedure. During the preliminary screening process, each school files an application highlighting its kitchen, works and organization, and applications are then assessed by globally-renowned chefs of the World Association of Chefs' Societies (WACS).

BİLGİ Gastronomy and Culinary Arts Department had returned also from the 2016 contest with a gold medal. The works carried out within the last two years have been evaluated for this year's contest, and BİLGİ made it to the short list as a result of this evaluation. BİLGİ Gastronomy and Culinary Arts students passed a three-stage selection conducted by their department in order to be able to participate in the contest, and Simla Çilingiroğlu, Sarp Doğu Adıgüzel and Erk Er were the winners becoming entitled to join the team to participate in the contest.

Leading gastronomy schools from all over the world including Australia, Brazil, Costa Rica, Chile, Panama, Honduras, Mexico, Peru and Turkey became entitled to participate in this year's contest. A total of 12 schools including the globally-renowned Australia William Blue, Universidade Anhembi Morumbi and Universidad del Valle de Mexico were among the contest participants together with BİLGİ Gastronomy and Culinary Arts Department.