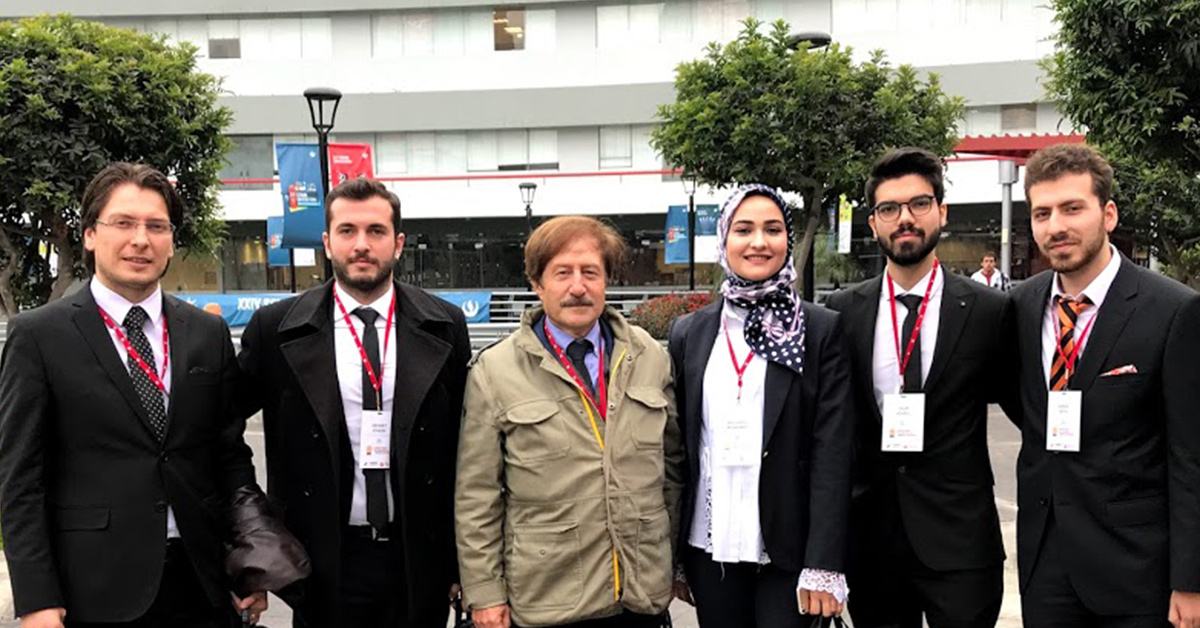 The Robotics Team of İstanbul Bilgi University’s Faculty of Engineering and Natural Sciences once again delivered a strong performance at the Laureate Award for Excellence in Robotics Engineering, held in Peru between 10-14 September 2018. The team’s project, named “Punnet”, was first declared one of the competition’s six finalists, and then received the silver medal, and a USD 6,000 prize.

The Laurate Network Awards Committee had earlier announced that “Punnet” was one of the six finalists of this year’s competition, where 33 projects by Laureate Network universities from around the world participated. At the finals held in Lima, Peru, the BİLGİ University team ranked second and the careful design, quality and presentation of their project was highly appraised by participants from many countries, including the members of the awards committee. Members of BİLGİ Robotics Team (Mehmet Ataberk Sarı (team leader), Uğur Uğurlu, Masarra Mohamed, and Barkın Metin) stated that they were quite happy with the success of the project, on which they spent two busy semesters. Faculty member Dr. Mehmet Ayyıldız was the team advisor and Prof. Ahmet Denker served on the Laurate Network Awards Committee.

The “Laureate Award for Excellence in Robotics Engineering” is organized among undergraduate students of Laureate Universities for the purpose of developing smart and interactive robots. The theme of this year’s competition was the design and production of a smart robot that can perform industrial logistics tasks. BİLGİ Robotics had earlier ranked second in Madrid (2015), and third in Brazil (2017).

Information about the robot, animations and competition performances are available on the YouTube channel “Bilgi Punnet”.