Below are some of the fields Television Reporting and Journalism graduates, who can pursue a career in public broadcasting, local, national and international media environment are able to work: 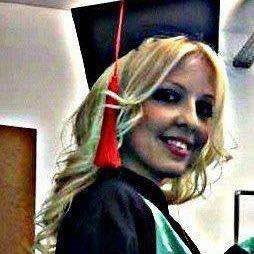 Çise Ayhan
Television Reporting and Programming, 2012
Doctoral Student at University of Vienna
After I have completed my bachelor’s degree at İstanbul Bilgi University Television Reporting and Programming as a full scholarship student, I received my master’s degree from London Metropolitan University on Media and Communication. I am currently working on ym PhD on Communication Studies at University of Vienna. My time at İstanbul Bilgi University has provided me with various opportunities throughout both my academic and professional life. I was aware that I was at “the best” Media and Communication department in Turkey while I was there, and I have experienced the advantages this brought during the processes of application and admittance to foreign universities, once more. I have been accepted to all institutions I have applied to due to İstanbul Bilgi University’s international reputation. You get to have a unique education at the Television Reporting and Programming programme with its impressive academic staff and facilities. While the programme prepares the students for the media industry by giving the technical abilities, it also strengthens them theoretically, allowing them to pursue an academic career. After I have spent my first three years focusing on technical work such as production, editing etc., during my last year internship I have realised the theoretical aspect of the field made me happier so I pursued an academic career. Since both my master’s and PhD focuses on theory, I was able to experience the advantage my education at BİLGİ provided me. I concentrated on media studies, but unlike many other students, I had knowledge about the technical aspect of the field and it put me one-step forward. As a BİLGİ TVRP graduate, I feel happy and lucky to study in this department and had the opportunity to meet esteemed scholars of its staff. One of the best decisions I made in my professional and academic life was going to İstanbul Bilgi University Faculty of Communication. 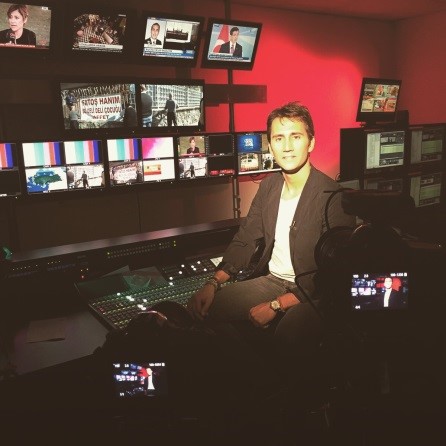 Sinan Kunter
Television Reporting and Programming, 2006
CNN Türk, Editor
I am of the few that were able to decide to which faculty and department I would like to get in before I even took the exam. BİLGİ Television Reporting and Programming was my third choice. During my time at BİLGİ, there were two main factors that supported me in throughout my career. These make BİLGİ different from others. First one is the teaching staff. Journalists and managers who were actively working in media and especially in Television. I had an understanding of how the industry worked since, apart from the theoreticians, I was educated by people who were actually doing the job. My instructor became my co-workers and that helped me get a foot in the door more easily. The second one is the projects that I did as coursework or graduation project. I was not unfamiliar with any topic of conversation or any technical instrument due to my time at BİLGİ with the guidance of my instructors and BİLGİ’s technical facilities. Today, I am working as an editor at CNN Türk and I have made many documentaries and prepared many programmes. Every year, I get interns from different universities. Believe me, BİLGİ Communication students are something else…

Leman Ateşok
Television Reporting and Programming, 2005
TUSIAD Media Relations Expert – Web Editor
BİLGİTVRP was my first choice. Unlike students of similar programmes in other universities, we had the chance to learn every technical aspect of the field such as camera, sounds, light, shot selection and video editing. The fact that instructors were active media industry workers helped us understand what is waiting for us after we graduate. Being an İstanbul Bilgi University graduate provided me with various opportunities in the job market. I would like to continue my career, which started at the NATO Public Diplomacy Department, as a successful journalist. I aim to be a diplomacy correspondent and focus on EU journalism.

K. Irmak Kazuk
Television Reporting and Programming, 2003
Sports Correspondent
Practical courses and projects at BİLGİ made us feel like we were tv broadcasters even when we were just students. I adapted to NTV, which I first started as an Intern, easily thanks to both theoretical and practical courses offered under Television Reporting and Programming. BİLGİ has a big role in the start of my career. I get to see football, basketball and tennis matches live as well as cultural activities due to my job and it is one of my favorite benefits that come with the job. I would like reach as high as I can in broadcasting.

Gülden Çakır
Television Reporting and Programming, 2002
Screenwriter I remember BİLGİ’s catalogue brought into our classroom when I was studying at Bornova Anadolu High School. I looked at the photo and said, “that’s where I’ll study.” TVRP means a lot to since it opened the doors to my current profession. The first I held a camera, first time I sat in front of an editing station, the joy of creating with together as a group, news reports, documentaries and films we shot… I understand how valuable each project I contributed to during the four years I was there better in professional life. This value is heightened with long lasting friendships. Maybe that’s why I never felt like a “graduate”, I’m still practically “family”.