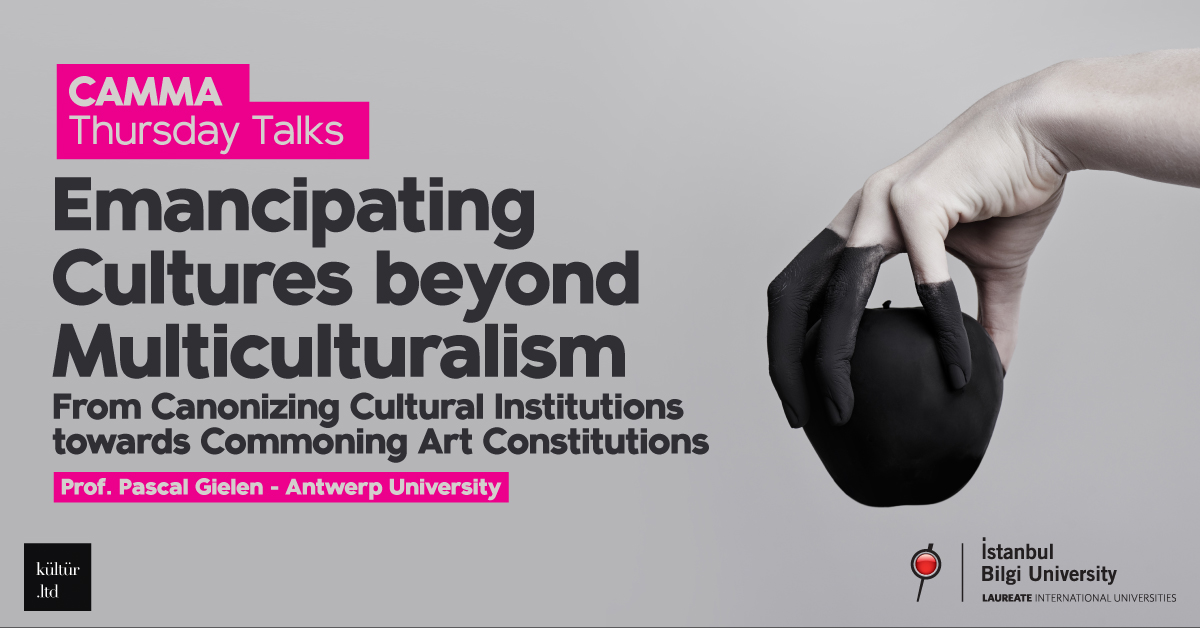 Lecturer: Pascal Gielen (Professor of Sociology of Art and Politics at the Antwerp Research Institute for the Arts, Antwerp University)

Traditionally, art institutions and cultural infrastructures such as theaters, museums and libraries were built to support the values of the nation-state. Such institutions had the task, among other things, to simulate a uniform language and a monoculture for a population within a geopolitical space. From the 1970s onwards there has been strong criticism on this model to which the colonial and post-colonial criticism connects. A solution is then sought in a more multicultural approach where multiple cultures must be represented equally. However, multiculturalism is based on an identity policy that takes harmony and consensus to easily for granted. In his lecture, Gielen argues for another model that is based on so-called 'commoning' politics and dissent. It does not matter to smooth out or suppress conflicts and tensions, but to make them visible and ‘liveable’. Such a ‘commonist’ policy does not start from the equality between cultures, but focuses permanently on the 'lesser' in a society, on those who are not yet represented and do not have a voice independent of their cultural background, gender or social class. It does not focus on identities, but on the democratic free keeping and releasing of common necessary sources, such as education, language, culture, but also labor, health care and housing. Such resources are the subject of continuous struggle and discussion. Cultural institutions could be the ideal platforms for such a politics of dissensus.

Pascal Gielen  is professor of sociology of art and politics at the Antwerp Research Institute for the Arts (Antwerp University - Belgium) where he leads the Culture Commons Quest Office (CCQO). Gielen is editor of the international book series Antennae-Arts in Society. In 2016 he became laureate of the Odysseus grant for excellent international scientific research of the Fund for Scientific Research Flanders in Belgium. Gielen has published many books which are translated in English, Polish, Portuguese, Russian, Spanish, Turkish and Ukrainian. His research focuses on creative labour, the common, urban and cultural politics. Gielen works and lives in Antwerp, Belgium.