Tarih Konuşmaları:"Lost in the City: Spatial and Racial Politics in the Israel of the 1950s" 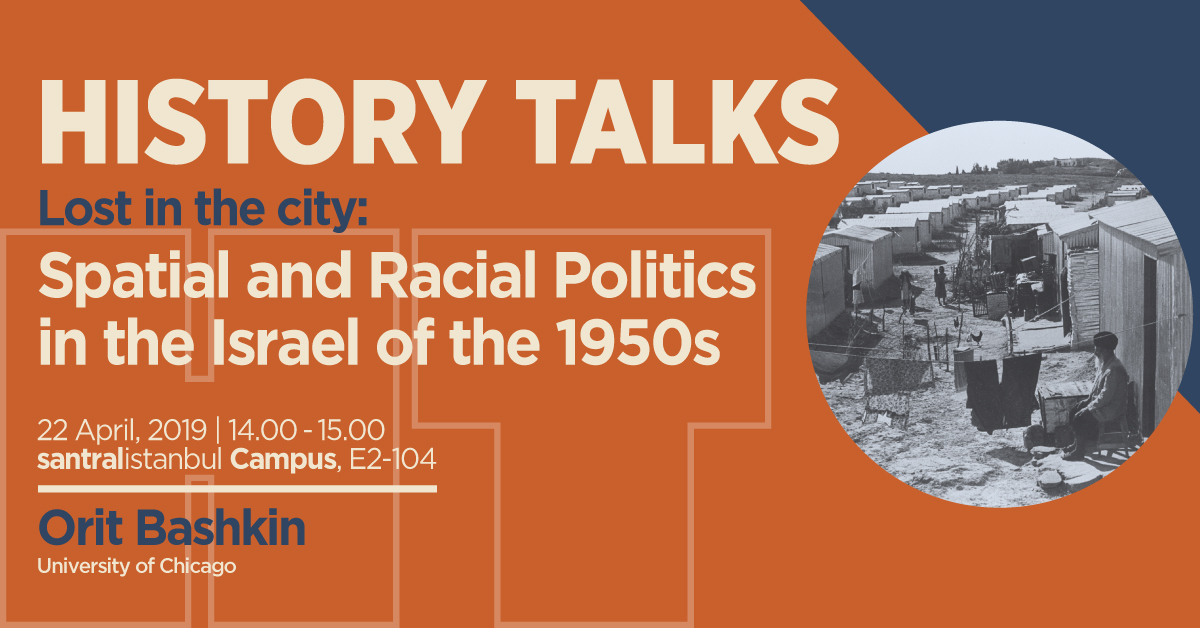 Academic Bio:
Orit Bashkin is a historian, who works on the intellectual, social and cultural history of the modern Middle East. She received her Ph.D. from Princeton University (2004) with a thesis on Iraqi intellectual history under the supervision of Professors Robert Tignor and Samah Selim. She is currently a professor of modern Middle Eastern history in the Department of Near Eastern Languages and Civilizations at the University of Chicago. Her publications focus on Iraqi history, the history of Iraqi Jews, the Arab cultural revival movement (the nahda) in the late 19th century, and the connections between modern Arab history and Arabic literature.  Her current research project explores the lives of Iraqi Jews in Israel. At the University of Chicago, she teaches classes on nationalism, colonialism and postcolonialism in the Middle East, modern Islamic civilization, and Israeli history.